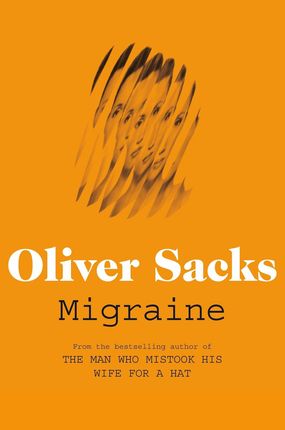 Migraine marks the beginning of Oliver Sacks’ long and remarkable career as a self-styled “neuroanthropologist” – combining his practice of neurology with accessible, empathetic writing about health. Sacks called it his “firstborn, written in a burst (nine days!) in 1967, stimulated in part by working in a migraine clinic and in part by a wonderful book (Liveing’s On Megrim) written a century earlier.”

In this book Sacks tells the story of the migraine in five parts, delving deep into experiences, contexts, causes, clinical approach and historical perspectives on the complex phenomenon.

He goes much beyond the understanding of a migraine as a headache, and delves deeply into what makes the experience of a migraine different for different people, and why.

Reviewing the book for The New York Review of Books, WH Auden wrote, “...any layman who is at all interested in the relation between body and mind, even if he does not understand all of it, will find the book as fascinating as I have.”

Hilary Mantel said of the book, “More modest and more technical than his big hits…the book is still remarkable in its shrewd perceptions and breadth of reference. It changed my life, and I dare say that of thousands of other sufferers, by increasing my knowledge of this strange condition.” 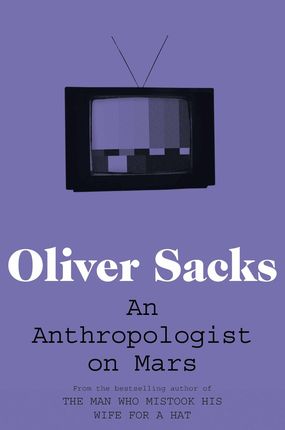 In this 1995 book, Oliver Sacks builds on the work he started in the celebrated The Man Who Mistook His Wife for a Hat, but with longer, more in-depth essays and far fewer case studies. Sacks continues his game-changing focus on patients as complex people grappling with often debilitating conditions, who are nonetheless active agents in their own experiences, as opposed to being passive subjects for doctors.

It is through this lens that he tells the eponymous “paradoxical” tales contained in this book: a painter with a condition that leaves him being unable to see colour, a surgeon and amateur pilot who has Tourette’s Syndrome, a blind man who gained sight later in life.

In each of the seven cases, Sacks demonstrates how the people adapt to their conditions. As he writes in the preface, “It is the paradox of disease, in this sense, its 'creative' potential, that forms the central theme of this book.” 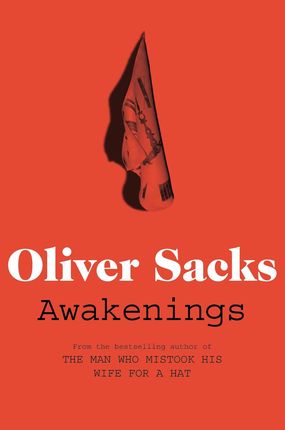 Arguably Oliver Sacks’s most celebrated book, Awakenings has beeoliver n hailed as a classic, even though it was only later, with the publication of The Man Who Mistook His Wife for a Hat, that his work would achieve best-seller status.

The book tells the story of a group of twenty patients at the Beth Abraham hospital in the Bronx, New York City, who were affected by sleeping sickness – encephalitic lethargica. The condition left millions of people motionless and unable to speak following an epidemic just after World War I.

After the use of the drug L-Dopa, the patients “awaken” from the sickness, and the book is a chronicle of this awakening. It inspired the 1990 film with the same name, starring Robert De Niro and Robin Williams, as well as a play by Harold Pinter.

In an interview with Wired, Sacks spoke of the profound effect that the patients featured in this book had on his life: “The essential thing was that I found myself in a position of care and concern for a whole population of abandoned, forgotten, and – it first seemed – hopeless people. Unlike the movie of Awakenings, where I was portrayed living at some distance away from the hospital, I virtually lived with the patients, spending 16 hours a day with them. I had never been in a situation of such safe intimacy with other human beings." 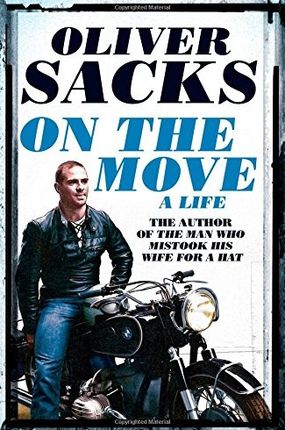 On the Move: A Life

Oliver Sacks revolutionised the way in which health, and therefore illness, is conceived of and written about. This holds especially true for his writing about certain neurological conditions, which joins the seemingly unbridgeable chasm between those who have these conditions and those who do not.

In the hands of a lesser writer, or a less compassionate neurologist, his case histories could easily have been chronicles of strangeness, and nothing more. However, in his hands, they became humane portraits exploring some of the deepest metaphysical and existential questions that are intimately connected to all of humanity.

It follows, then, that Sacks was a remarkable man. In this, his second autobiography (following Uncle Tungsten), Sacks gives an honest, engaging account of himself that allows his readers to see the man behind his work.

The memoir covers Sacks’ early experiences as a boy subjected to painful bullying in boarding school, and his relationship with his schizophrenic brother. It follows his move to the United States from England in the 1960s, his development as a scientist and a writer, as well as his romantic relationships and many friendships.

The book followed Sacks’ courageous essay in the New York Times, announcing his imminent death from cancer, and is all the more significant for this.